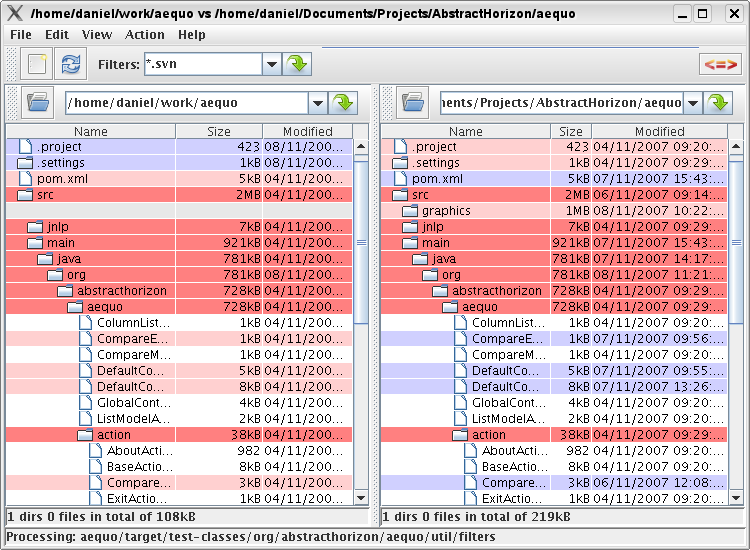 "Aequo was created because of sheer frustration: there are really good utilities available on the Windows platform while on Linux I could have found only two and have been struggling with both. It took me more then two hours just to wrestle with them and at the end reverted to one in popular, free Java IDE with all its shortcomings. So, I had to give it a go and here it is... :) "

Also, added (temporary) automatic expand of differences. This will become an option as soon as preferences panel is implemented.

Version 0.2 - Fixed some problems, played with About page and added couple of more actions. It is slowly going to more stable code which is going to be tested on different platforms.

Version 0.1.5 is released! Help Every kind of help is more then welcome - from coding, designing to testing (using it) or commenting on it.